Please click here for information regarding a data breach that potentially impacts patients from Mount St. Mary’s and Sisters of Charity Hospitals. 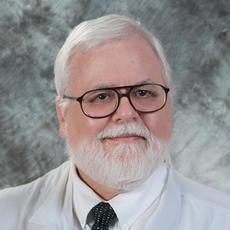 Dr. Bruce D. Rodgers graduated from Manhattan College and went on to receive his medical degree from the State University of New York at Buffalo School of Medicine, where he also completed his residency in Obstetrics and Gynecology.

He is currently the Director of Maternal-Fetal Medicine at Sisters of Charity Hospital.

Board certified in Obstetrics and Gynecology and Maternal-Fetal Medicine, Dr. Rodgers specializes in high-risk pregnancy, with an interest in diabetic pregnancies and fetal cardiology.

Dr. Rodgers is Professor Emeritus in the Department of Gynecology-Obstetrics at The State University of New York at Buffalo. Named among the Top 101 Doctors in Western New York, Dr. Rodgers is widely published in both academic journals and books.